Skill and compassion go hand in hand when providing exceptional patient care.  As dental professionals, Dr.'s Duff, Cox and Richardson stay up to date on the latest advancements in dentistry in order to provide the most current treatment options for their patients.  They recognize their patients are unique individuals who have placed a great deal of trust in their dental team.  They also value each and every patient relationship.

We appreciate the time you’ve taken to visit this site and find out more about our dental practice, our dental team, and the many services we can provide to help you achieve optimum oral health. 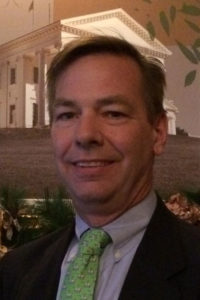 Dr. Duff grew up right here in Richmond, Virginia.  After graduating from The Collegiate Schools in 1982, he attended The University of Georgia receiving a B.S. in Chemistry.  He returned to Richmond to work in an agricultural laboratory as a soil chemist.  In 1987, he married his college sweetheart, Cheryl and then began his dental career the following year at The Medical College of Virginia.  Upon completion of his dental degree in 1992, he became an associate in the practice with his father, J. Scott Duff, Jr. and Dr. Rob Cox. He was a part-time instructor at the MCV/VCU Dental school from 1994-2000. He is a member of the American Dental Association, Richmond Dental Association, and the Richmond Interdisciplinary Dental Study club.

In his spare time Dr. Duff enjoys family time with his wife, Cheryl and his two sons, Jay and Christopher.  He is an active member of River Road Presbyterian Church. He loves to participate in all sports, but especially loves sailing/racing on their beach catamaran, biking, and woodworking. 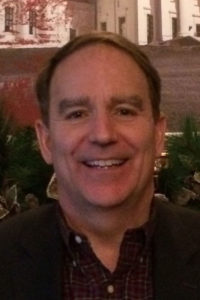 Dr. Cox was born and raised in South Boston, Virginia.  He graduated from Hampden-Sydney College in 1980 with a B.S. in Chemistry and then from The Medical College of Virginia School of Dentistry in 1984.  He then went into the United States Navy as a Lieutenant in the Dental Corps and was stationed in Orlando, Florida and then in Sabana Seca, Puerto Rico.  Dr. Cox returned to Richmond in 1987 as an associate with Dr. Scott Duff, Jr. on Grove Avenue.  He became a full partner in the practice in 1990.  Dr. Duff’s son, Scott III, joined the practice in 1992, and after Dr. Duff, Jr. retired in 2000, Dr. Cox and Dr. Duff III formed their own practice as J. Scott Duff III, DDS and Robert Y. Cox, DDS, LTD.

Dr. Cox is happily married to his wife, Kathie Tennent!  He has four children, Lauren, Wilson, Garland, and Anari.  Dr. Cox is active at Third Presbyterian Church, volunteers his time at CrossOver Health Clinic and enjoys time with his friends and small group. 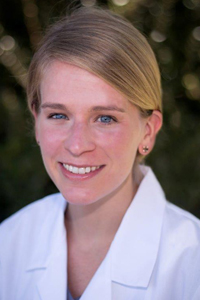 Dr. Anna Moore Richardson has moved here with her husband from Alabama where she was a general dentist as well as working in a pediatric office. Dr. Richardson did her undergrad at the University of Virginia and graduated from VCU School of Dentistry in 2015. She then completed two years of post-graduate training at UVA, where she did a residency in a hospital-based training program. Dr. Richardson was the recipient of the VCU School of Dentistry Oral Pathology Award in 2015 and the Merit Scholarship award from 2011-2015.

Dr. Richardson’s interests include spending time with her little girl, hiking in the Blue Ridge Mountains, training for a marathon, skiing on smooth water and the Rocky Mountains. She is always dreaming about her next destination.

Send Us an Email

Find us on the map